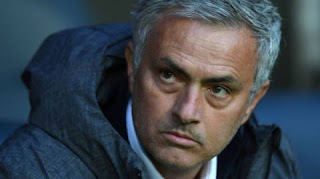 Jose Mourinho has been sacked as Manchester United manager after two and a half years in charge.

The Portuguese, 55, won the FA Cup and the Europa League at Old Trafford.
But United are sixth in the Premier League, 19 points behind leaders Liverpool, who beat them 3-1 on Sunday.
"A caretaker-manager will be appointed until the end of the season while the club conducts a thorough recruitment process for a new, full-time manager," United said in a statement.
"The club would like to thank Jose for his work during his time at Manchester United and to wish him success in the future,"
on December 18, 2018
Email ThisBlogThis!Share to TwitterShare to FacebookShare to Pinterest