This Woman Is 100% Physically Healthy…But Wants to Live as a Disabled Person, Identifying as ‘Transabled 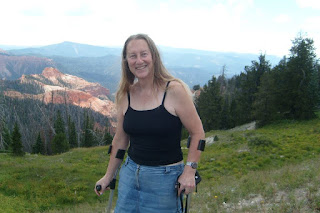 This has to be one of the strangest stories I’ve heard in a while: Chloe Jennings-White, a 61-year-old chemist from Salt Lake City, Utah, is perfectly healthy, but identifies as ‘transabled’ and prefers to live life in a wheelchair.
Yes, you read that right.
The official name for this condition is Body Integrity Identity Disorder. 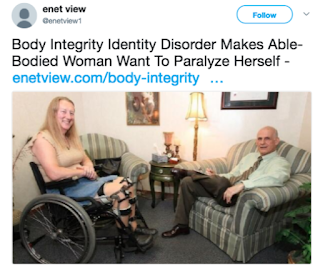 Jennings-White wears leg braces to give herself a “paraplegic feel” and claims that she’s dreamed of this since she was a child. When she was only 9-years-old, Jennings-White rode her bicycle off of a stage that she had set up in a park with the sole intention of breaking her back and becoming paralyzed. It didn’t work, and she realized that she could’ve been paralyzed from the neck down, which was not her intent. Jennings-White only wishes to be paralyzed from the waist down. 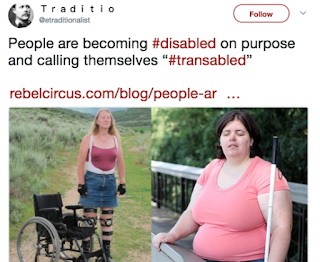 Jennings-White hopes to have a surgery done where her sciatic and femoral nerves will be severed, but obviously she can’t find a doctor to perform the procedure. 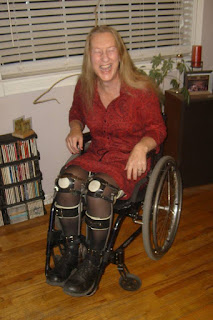 The story has made a lot of people pretty angry. 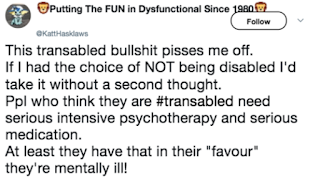 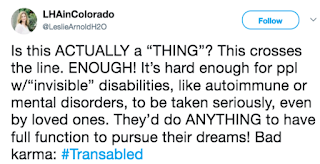 on November 08, 2018
Email ThisBlogThis!Share to TwitterShare to FacebookShare to Pinterest