Super Eagles midfielder Alex Iwobi  has made his debut in a Nollywood  movie called INPADISU but is yet to be released. 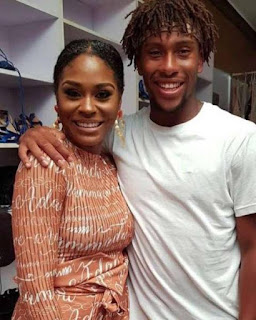 Iwobi participated in the production of the movie after he represented Nigeria at the 2018 FIFA World Cup, which the Super Eagles crashed out at the group stage.

The 22-year-old Arsenal star took time out of his extended break to participate in the movie shoot around Surulere.

According to several reports Iwobi's did not do some high risk scenes as a stunt double was used in place of the Arsenal midfielder. 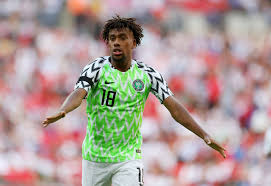 No release date has been confirmed for the movie but the trailer on Alex Iwobi's Instagram states that the movie will be available in cinemas before the end of August.

The youngster follows the footsteps of former Nigeria international John Utaka who also showcased his acting skills in a Nollywood thriller.

Iwobi has returned to Arsenal and will hope to get his first Premier League minutes when the Gunners travel to face London rivals Chelseain one of the top games this weekend scheduled for Saturday, August 18.

on October 24, 2018
Email ThisBlogThis!Share to TwitterShare to FacebookShare to Pinterest