Married woman who had her baby from a one night stand with a stranger seeks advise.

Relationship expert, Ndijeka Nwapa-Ibuaka has shared the story of a married woman who’s in a dilemme after she revealed that she had a one night stand out of her marriage. 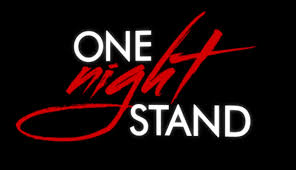 According to the story shared, the woman apparently, got pregnant with the stranger’s baby, despite not being able to bear a child with her husband for 5 years.

The obviously disturbed woman sent in her story to Ndijeka and wanted to know if it was okay to inform her fling, since her husband seems not to be interested in the marriage anymore.

Read her story below:

Please, let me know what I can do in this situation. I have been married for five years and tried to conceive but nothing has worked. I met a young handsome guy in the mall and we hit it off. The day we made love, I took in and I am now six months gone. My husband refused to do anything for my unborn and throughout the pregnancy.

We separated for a while but once I had the baby, he came back saying he can’t live without me. I took him back on condition he would love my child. He did but only for a short while. He started looking for every chance to quarrel. I can’t take it anymore. I am about to move out.

My baby’s father is married so I never told him about the child. I feel like I should let my baby’s father and his family know about my baby, who is now one year old. What should I do?

on October 14, 2018
Email ThisBlogThis!Share to TwitterShare to FacebookShare to Pinterest