A pastor from Nkulumane suburb poisoned his two daughters before killing himself in South Africa where the family was based citing marital and other problems. 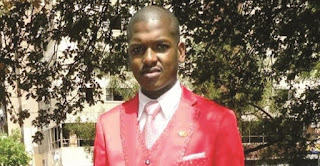 The deceased, who is alleged to have been a pastor at Prophet Blessing Chiza’s Eagle Life Assembly and his wife, Ms Chido Chipangura had recently separated but she was still living in South Africa.

Family members said the bodies of the two girls and their father were found in his apartment while a container of the chemical was found in Pastor Mpofu’s car.

The bodies are expected to arrive in the country today.

Pastor Mpofu allegedly left a suicide note in which he stated that he was facing a lot of problems most of them in his marriage.

He also allegedly said they were some people who were stalking him and mentioned four people with their contact details.

Pastor Mpofu however did not give reasons why the individuals were stalking him.

The now deceased also sent a lot of messages to his family on the fateful day although he did not mention his intentions to kill his children and commit suicide.

He however gave a hint when he directed how his property should be shared.

The family members told the Chronicle at their family home in Nkulumane suburb yesterday that from the information they received, the tragedy could have happened on Monday between 2PM and 4PM after pastor Mpofu had just returned from collecting his children from school.

He said his son and his wife had recently separated and the pastor was staying with his daughters.

“I am reliably informed residents at his apartment saw him carrying each of the daughters on his shoulders into their flat at around 2PM. At 2:40PM he sent his sister here in Bulawayo a WhatsApp message saying one of his daughters, Shalom had died. Exactly 10 minutes later, he sent another message saying his second daughter had also passed on. This puzzled his sister who was trying to call him to understand what exactly he was trying to say,” said Mr Mpofu.

He said when she tried to text him back, messages were no longer being delivered and the sister phoned Ms Chipangura telling her to go and check on her husband as he was texting strange messages.

“Ms Chipangura dashed to the flat only to find three bodies. The kids’ bodies were neatly laid in bed between blankets while Precocious body was on the floor,” he said.

Mr Mpofu said his son had earlier told him that he was being stalked by four men that he named in his suicide note.

Mr Mpofu said he used to hear through rumours that his son and his daughter-in-law were having marital problems.

“My son was at times coming to Zimbabwe alone or with his kids and we would hear of his marital problems from other people,” he said.

The deceased’s mother, Mrs Sibangani Mpofu said earlier on the fateful day, her son was texting his sister strange messages giving directives on how his assets should be distributed.

He is said to have ordered his sister to sell his car that is in South Africa and said the money should be given to his parents so that they “fund a huge task “ that was coming.

“It’s like he had already planned everything and shared his assets. In his numerous texts, he mentioned that his wife should never set foot at this family home. It means he meant she shouldn’t attend this funeral I guess,” she said.

At the Chipangura’s family home in Mpopoma suburb the news crew was chased away by family members who said they did not want to be disturbed while mourning.

“We are at loss and talking to you won’t bring back our children.Go to the guy’s family and get a comment from them and not us,” said a woman at the family home.

Source: www.chronicle.co.zw
on October 20, 2018
Email ThisBlogThis!Share to TwitterShare to FacebookShare to Pinterest